We are moving along! Once the structural changes to Leslye’s and Ben’s home were completed, including the demo and removal of one load bearing and one former exterior wall, we completed the next phase – drywall! Here are some progress pictures as well as pictures of the way it looked before for comparison! 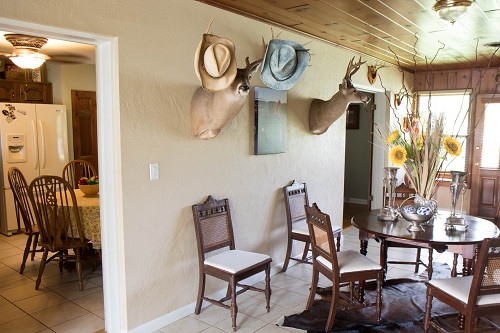 Below is the current view from the back of the house toward the front door; the wall with the deer heads has been removed as well as the wall that used to separate the kitchen and the front living room with the bay window: 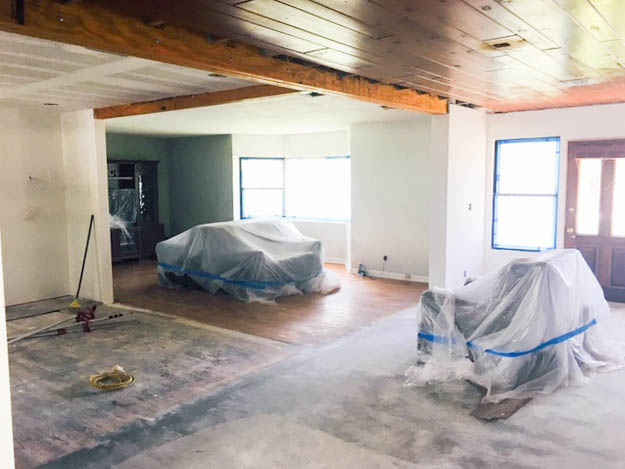 Prior to their current remodel, Leslye and Ben had closed in a back porch but had left the exterior brick and window untouched (the kitchen sink is on the other side of the window pictured below).  Part of the new design includes installing drywall over the brick and removing the window from the wall to make it feel more like an interior space and blend with the rooms beyond. 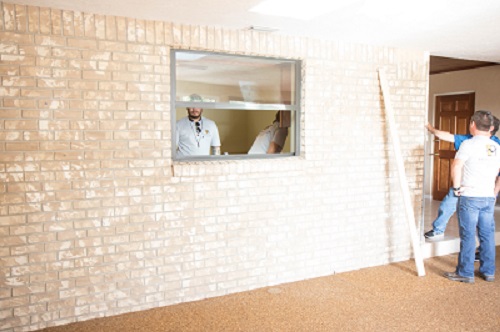 Here is the current view of the wall, with drywall in place and the aluminum frame and glass removed from the former exterior window. 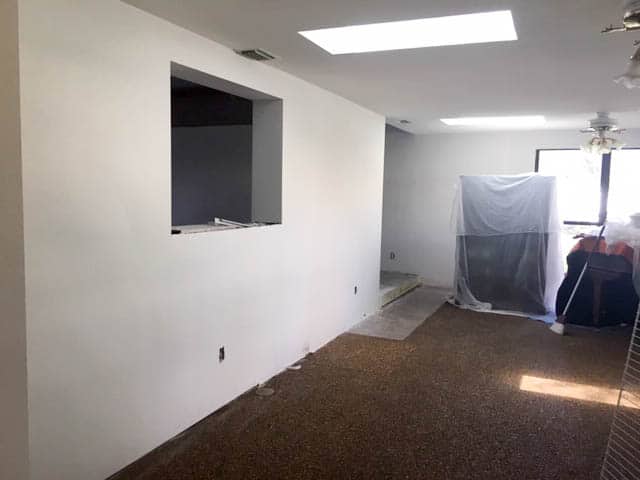 Since we removed the wall that connects the dining room and kitchen, we are going to extend the tongue and groove wood ceiling in the dining room into the kitchen beyond for a cohesive look. (The beams that you see were installed to support the home when the walls were removed and will also be incorporated into the new design.) 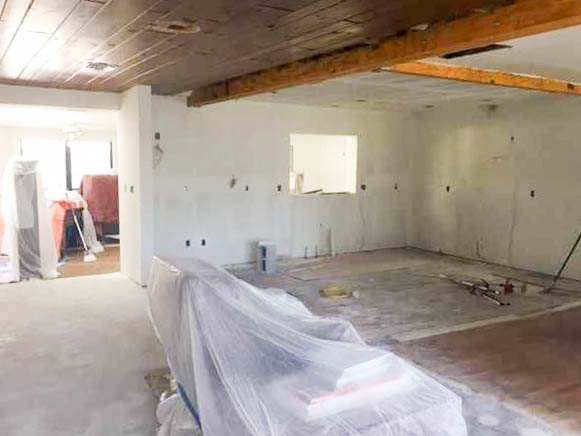 The picture below shows the kitchen ceiling being prepped for the installation of the new tongue and groove ceiling that will blend with the existing ceiling in the adjoining rooms. 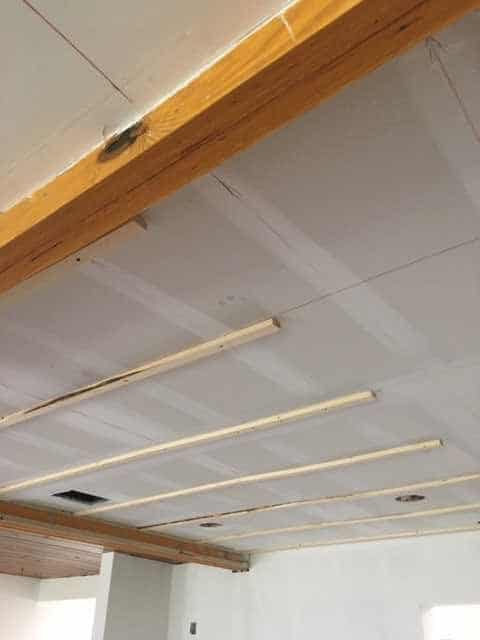 We will continue to post updates and pictures as we go – check back often! 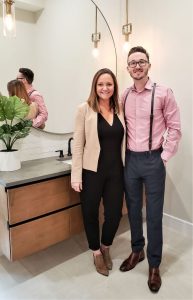 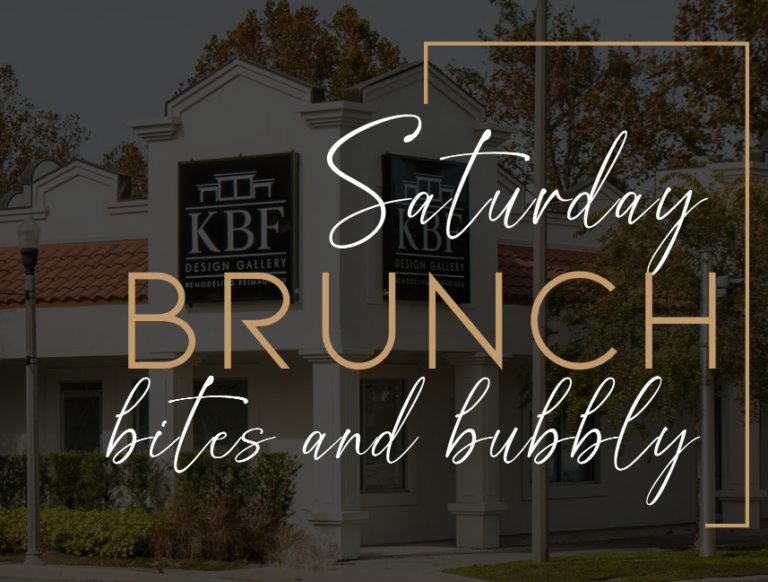 There’s no better day (or way!) to browse our award-winning showroom!

Serving complimentary brunch bites, coffee and mimosas every Saturday from 11 am to 2 pm.